The École Rocky Elementary and Lochearn Elementary buildings are both getting to the place where they will need to be modernized. While this is still a few years away, it is prudent to start the planning  processt now.  One potential idea that the Board is considering is to ask Alberta Education to build us one new elementary school in Rocky Mountain House rather than modernizing both elementary schools. This may be attractive to the province in terms of overall cost and efficiencies as well as improving our overall utilization rates in our Rocky Mountain House schools. Utilization is the maximum number of students that a school building can satisfactorily accommodate at one time.

Our current utilization rates are as follows:

Past experience has shown us that the government is more likely to approve capital plans that improve efficiencies and increase utilization rates. If this plan were approved by the government, it would require some grade realignment in our Rocky schools.

After the presentation of this information at the February 17 meeting, the following Q&A took place:

1.  What are the projected student growth numbers over the next five year period?

WRSD enrollment has actually been in a steady decline over the past 15 years. We have been experiencing a 1-2% decrease year over year. However, the recent 2021 Canadian Census shows a 2% increase in the population of Rocky Mountain House compared to the 2016 census. If this growth trend were to continue, the number of students in our schools would most likely also start to increase. As such, the scenarios we are looking at for our capital plan would provide room for potential growth.

2.  Is the WRSD capital plan and the resulting grade realignment intended only to achieve a higher occupancy percentage?

No. The most important goal of the WRSD capital plan is to ensure we have a long term plan that provides our students and staff with safe and modern facilities in which to learn and work. Alberta Education and Alberta Infrastructure also expect our capital plan to result in improved utilization rates approaching 90%. As such, we always attempt to address both of these goals in our annual capital plan submissions. However, our first goal will always be to ensure our students and staff have safe and modern facilities.

3.  If the plan involves demolishing both ERE and Lochearn, where will students be during demolition and construction and what would happen to the bus lane?

Lochearn would be demolished first followed by the construction of a new elementary school on the Lochearn property. The Lochearn site is preferable for the new school due to its proximity to the bus lane. During demolition and construction, all students from Kindergarten to grade 4 would fit into ERE and all grade 5 students would be moved over to Pioneer Middle School. Due to the low utilization rates currently at Pioneer School, the government may not build us a new elementary school that is big enough for all K-5 students. As such, once the new school is completed and ERE is also demolished, we would move the lowest grades into the new elementary school and all other grades would need to be distributed between Pioneer Middle School and West Central High School. This could result in all grade 5 students (and possible grade 4 students as well) being permanently moved to Pioneer Middle School and/or all grade 8 students moving into WCHS. These are the grade realignments that still need to be decided and would be dependent on the size of the new school the government would be willing to build for us and school populations at the time.

As far as the bus lane goes, temporary fencing would be installed during demolition and construction at Lochearn in order to continue the safe use of the bus lane.

4.  What would the name be for a new elementary school and what would happen to the French Immersion program that currently exists at Ecole Rocky Elementary?

As per Board Policy 02 - Appendix C - Naming Of Facilities a naming committee consisting of staff and school council representation from both Lochearn and ERE would be formed to determine a process for seeking public input into the name of the new school. The French Immersion program would continue at the new school and Pioneer School, so long as there are enough students enrolled to keep the program viable. Given the potential grade realignments that would occur, this might help expose more students to the benefits of our French Immersion program, compared to our current grade alignments.

5.  Is it possible to move all of the elementary students into just one of the schools and then have that school modernized as opposed to demolishing them both and then needing to build a new school?

It would be possible to move all K-3 students into a modernized Lochearn with the grade 4 and 5 students moving into Pioneer and possibly the grade 8 students moving to WCHS. In this case, ERE would be the only school demolished and the government would not build us a new school.

Another possibility would be to move all of our K-4 students into a modernized ERE with just the grade 5 students moving over to Pioneer. In this case, Lochearn would be the only school demolished without the need for the government to build us a new school.

6.  Will building a new school or modernizing an existing school take money out of the WRSD budget?

100% of the funds required for a major modernization or a new school come directly from the government. It would not take any money out of the WRSD budget, unless the Board of Trustees decided they wanted to add some enhancements to the project that go above and beyond government standards.

In some cases, the local community will start fundraising or the local municipality will commit dollars to a new school project in order to add enhancements that will benefit the entire community. Although this is not necessary, it does give the local community some input into the final design and use of the building.

We have experienced examples of both scenarios. We recently built a new school in Drayton Valley where no additional funds or enhancements were put into the building. It should be noted that this school ended up with everything you would expect in a modern school facility with a beautiful appearance and the ability to offer 21st century learning. We also have two new schools currently being built in the corridor where both community fundraising and Clearwater County have committed additional funds to support a larger gym, larger shop and larger kitchen than otherwise would have been built based on government standards. Our students and the entire community will benefit from these enhancements.

If the local Rocky Mountain House community or municipality are interested in providing funds for enhancements, these discussions need to happen as soon as possible. Once the government approves a project, the design phase begins very quickly and any additional dollars for enhancements need to be finalized and committed long before any shovels hit the ground.

All school divisions must submit their capital plans to Alberta Education by April 1, 2022. Based on this information and the discussion on February 17, WRSD is considering submission of the following three priorities for our April 1 capital plan submission:

We want to thank those who took time to participate in our February 17 community engagement meeting to discuss these matters. WRSD continues to be committed to providing safe and modern school facilities that provide a powerful learning environment for all of our students, staff and families. If you have any further questions or suggestions regarding our capital plan, please do not hesitate to contact us. 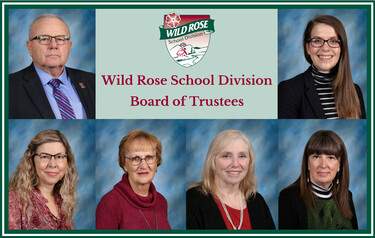